How Do You Not Do? Ten suggestions to end your songwriting rut-fuckery.

I Don’t know why I used this image, but I really liked the weird little metal nipples… Anyway, on with the blog post!

How not to be stuck in a rut? If your songs are suffering because you keep repeating old formulaic devices you always use, how the heck are you gonna get interesting again, damn you?!

Hope that helps, song-buddies! Until next time.

Remember you are love. 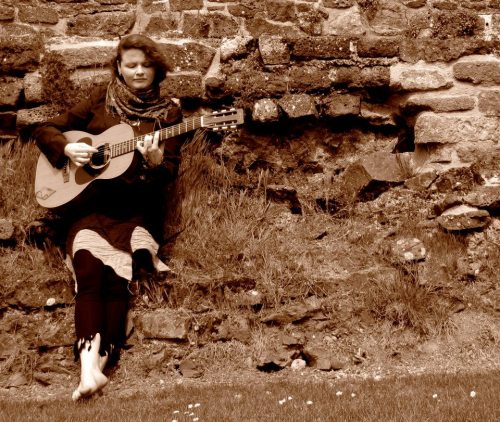 To celebrate my first double figured blog post, here are my thoughts about how to perform like you have just become a marvellous and transcendent unicorn.

I’m writing this as if I’m writing it to myself ten years ago, so I apologise if some of this is basic…

Firstly ~ and blindingly obviously ~ you practise like a fiend. You practise like an absolute fucker. If you don’t practise enough, you will have not given yourself enough of an opportunity to be as awesome as the transcendent unicorn you know in your heart you are capable of becoming. This could ultimately affect you psychologically, probably more so than the lack of actual practise.

You practise until your facial and vocal muscles know the songs better than your actual memory. Then you practise more than that.

You make sure you have newish strings on your guitar or you will keep going out of tune on stage, and that is always a bugger. Remember to stretch your strings a few times and then tune back up until they stay tuned. Always have a spare tuner on stage. That goes for capos and plectrums and strings.

Remember that when you are on stage you will never be faultless. You are human and that is great. Your songs are also relatively unknown, so if you fuck them up, generally only you will have a clue, which leads me to my next point.

If I’m playing solo, and I cock up a chord sequence, I can just do that shit again and people will hopefully think I’ve done a segue into some avant-garde, hyper-intellectual jazz… Unless they know me, of course, or have read this ~ in which case they know I’ll be playing it twice because I’ve bolloxed it up.

I’m so glad that if it’s obvious to everyone that I’ve totally screwed up on stage, I can do a little cheeky smile, carry on, and people will remember how hard it is to be a live performer and hopefully not think that I’m massively shite generally as a person. If I personally start to think I’m massively shite generally as a person, it means I haven’t meditated enough and I’ve forgotten how to feel fantastic. I can say things like this with some authority as I have been slacking lately and it’s really obvious to me because of how shitty I feel.

Chakras open before you get on stage.

The on stage banter is planned, to some extent. You will work out anecdotes for your songs and deliver them fluently as if off-the-cuff. Quite a big difference between professionals and hobby performers is their comfortability talking to an audience.

Remember to acknowledge people properly when they pay you a compliment. Their comment is more for them than for you. It is best that you nod and thank them gracefully, even if you felt awful about your standard of performance. The urge, I know, is to reflexively elbow them in the throat and screech: “Did you not even HEEEEAR me?! I was performing at the musical standard of an arid and dried up mud-flat in sub-Saharan wilderness! That wall over there is far more entertaining than me! I have had POCKET LINT with more stage presence!!” But it really is rather better for everyone if you refrain from active self-sabotage, look them in the eyes and thank them. Eventually this becomes genuine.

In order to really become the magical space-chicken you truly are, practise making the atmosphere. It may sound strange, but as the focus of the attention of the audience, you can be responsible for holding the space for them. You can focus on unfolding big angel wings and encompassing the space, or you can build the love and energy in the room by imagining that this shape (toroid)

is circulating the mood you want to create out of your heart. I’m sure that some people do this naturally. When I discovered this circulation system that the planet uses with the energy of its magnetic poles, it seemed logical at the time that people could also use this shape to circulate their own energy. This is also the shape of the magnetic field of your heart. I tried out imagining the shape when I was writing the song Strong, particularly the chorus, and it seems to help me perform it… When I remember to think of it!

Applause is best acknowledged for a few seconds as well. You can tell the difference in experience between a performer who ends their song abruptly without acknowledging applause, and someone who lets the audience show appreciation, and appreciates the audience back.